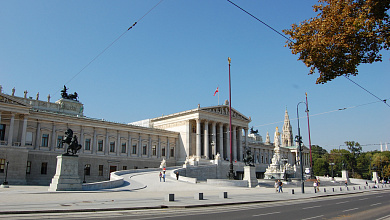 Vienna
Cities Austria Western Europe
The fairytale city on the Danube River, Vienna is the capital of Austria and the home of Habsburg dynasty that left behind all the architectural wonders that became an aim for the tourists from all over the world. Vienna impressed many famous composers: Mozart, Beethoven and Shubert for their best masterpieces. No surprise that today Vienna hosts many galleries and museums of modern art in its Museum Quarter. Vienna’s spirit is an unhurried elegance, romance and music, secluded nooks and rustling parks. It’s quite easy to miss the conception that Vienna is today’s most dynamically developing city of Europe, that easily takes new ideas and technologies and puts it into its values system.
https://shegby.com
Vienna on the map
Open map on Android or Apple 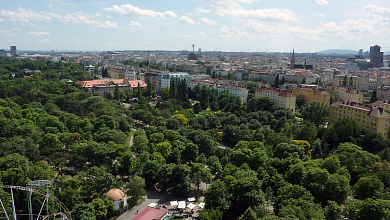 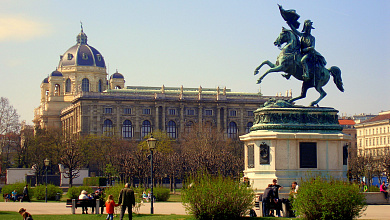 Doko Ing. Mgr. Jozef Kotulič
Heldenplatz (Heroes' Square)
Vienna Austria
Heldenplatz is the one of most famous historical places in Vienna, which was mentioned numerous times in literature. This square has bronze statues of war generals - Prince Eugene of Savoy and Grand Duke Karl. Here in 1938 Adolph Hitler announced that Austria has become a part of Germany. 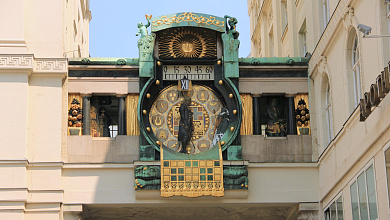 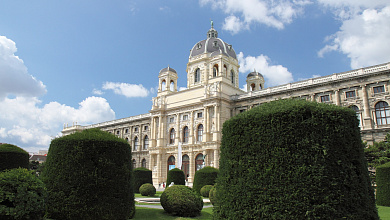 Petr Kadlec
Maria-Theresien-Platz
Vienna Austria
The maria-Theresa Square was named after wife of the Emperor Franz I Stephan. Its main sightseeing is the Empress statue. There are three museums with collections, that include works of famous European artists, Egyptian mummies and tombs, and also mummified animals and birds. 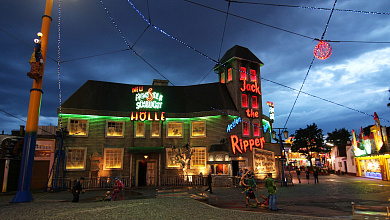 Nicu Buculei
Prater
Vienna Austria
Prater is probably one of the biggest and beautiful parks in Vienna. Here you may walk under the shadow from the  trees, take a ride on the miniature train, observation wheel, and other attractions, you may play in velodrome and sport courts. International Vienna fair takes place on the territory of Prater Park. 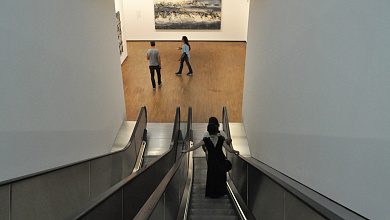 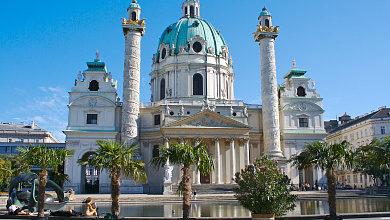 Ranzpeter
St. Charles's Church
Vienna Austria
Karlskirche, an amazing and unusual church, was built in the eighteenth century to commemorate the victory over the terrible plague epidemic. The church’s appearance, resembling the features of Roman, Greek and Baroque architecture, rivets eyes with its beauty and elegance of the interior decoration symbolizing the triumph of the human spirit.

Karlskriche in Vienna is considered to be an outstanding example of Viennese baroque. Its picturesque silhouette dominates the Karlsplatz, the main square of the Austrian capital, presenting a magnificent sight at any time, including at night, when Vienna ignites its magical lights. Monumental dome of the temple is flanked by two columns in the Roman style, decorated with bas-reliefs, performed by of skillful masters. Tourists often take them for Muslim minaret towers.

The interior of the Karlskirche cannot be called pompous and luxurious, there is no diversity of colors and patterns, but the frescoes by famous artists of their time create the distinguished charm and elegance. Examine them closely, ascending the dome of the church by a glass elevator. It also provides great views of the city. Opening hours Karlskirche and entrance fees listed on her official website http://www.karlskirche.at/besuchen.html. 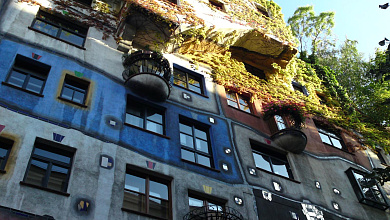 Ulf Liljankoski
Hundertwasserhaus
Vienna Austria
This particular project is a great example of combination of building technologies of XX century with arts and ecology. This inhabited multistore building was built in 80s by project of architect V. Hundertwasser; its facade is very colourful, the windows are placed not in order, floors are uneven, and its roof is covered by grass and bushes. 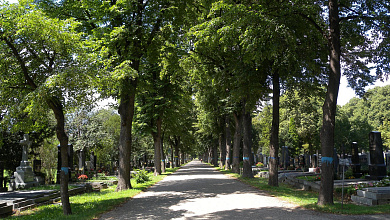 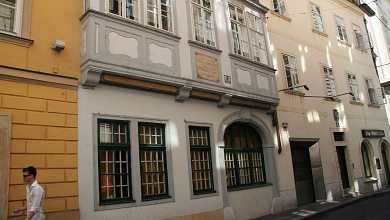 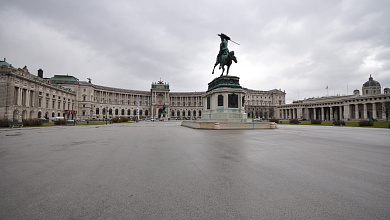 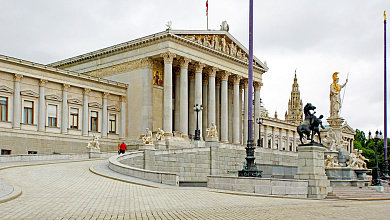 Dennis Jarvis
Austrian Parliament Building
Vienna Austria
The building for the sessions of Austrian parliament was built in Vienna in 1874-1883. Its architectural style is known as neo-Greek. Inside it has more than one hundred rooms, libraries, cafe, halls, bars, sport rooms. In this building the President of the country swears after being elected and also give a speech during the National holiday. 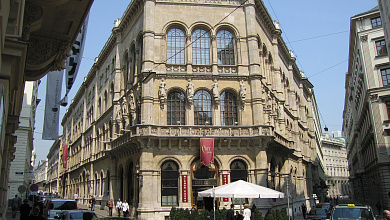 Florian Prischl
Café Central
Vienna Austria
This is probably one of the most famous coffee-house in the Austrian capital – cafe Central. In the end of XIX century it was a common place to meet representatives of cultural, scientific and political beau monde of Vienna. Just one hundred years ago Leo Trotsky was one of its common visitors. 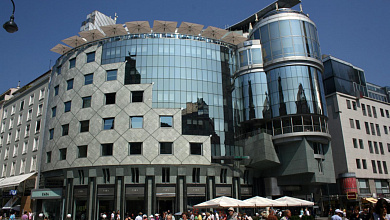 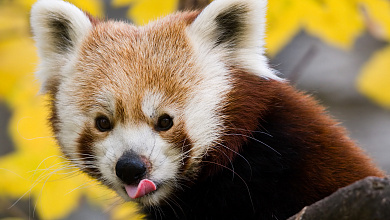 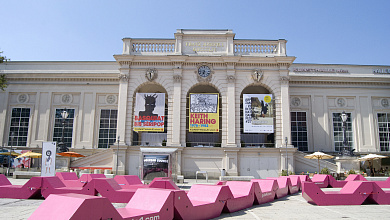 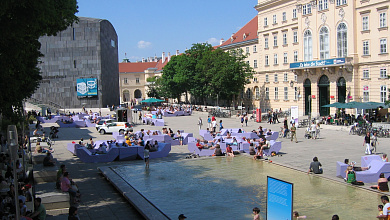 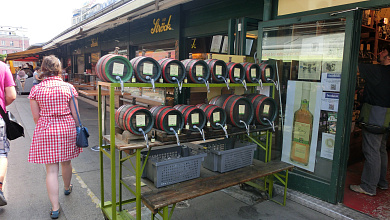 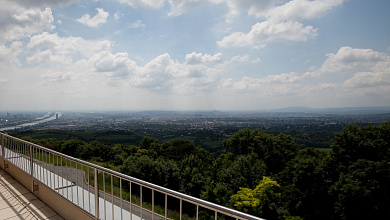 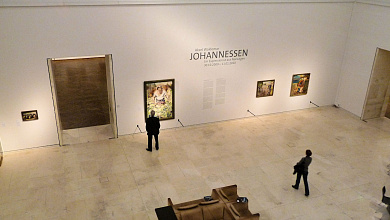 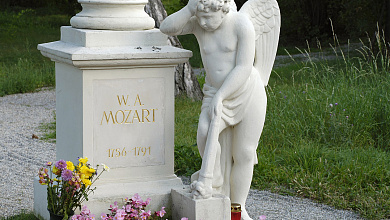 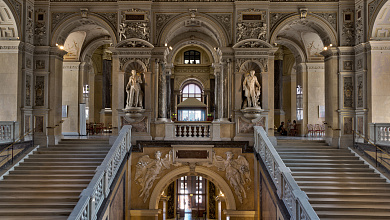 Miguel Mendez
Museum of Natural History
Vienna Austria
The foundation of the famous Austrian Museum of Natural History begins with collections that earlier belonged to members of Hapsburg dynasty. They include samples of non-existent plants, the remains of extinct animals, rare and valuable minerals. The cream of the pie in one of the exposition is the statue of Venus Willendorf made during Paleolithic period.

Petr Kadlec
Ringstrasse
Vienna Austria
Historical centre of modern Vienna is surrounded by one of its biggest streets - Ringstrasse. Many years ago instead of Ringstrasse there were city walls built in XIII century and demolished in 1850s by the decision of Emperor Franz-Joseph. He was the one who decide to make this particular territory to become administrative centre of the capital.